Panthers Future Fund Leads the charge towards Super League and beyond.

Halifax Fans continue a long history of investing in success with the launch of PF2 upgrade of Squadbuilder program.

As founder members of this great sport of Rugby League, Halifax fans know a thing or two about heritage, passion and success. The rebranding of the club for the 2021 season was the next logical step of an ambitious plan to see the Panthers return to and succeed in the Super League.

The road is littered with challenges. Full-time playing squads, Multi-millionaire benefactors and in some instances significant non-Rugby revenues help to boost the playing budgets by a factor of 3. While the panthers don’t benefit in those ways, we more than make up for it with the support, investment and heart of our fans and players. While underdog might be too strong a word, we certainly are looking to punch above our weight against the Goliaths of the game this season.

Due to changes in the game over 2020, we’ve been the envy of the competition with the astute signings we’ve been able to make. If Yorkshiremen are known as frugal, Haligonians are known as savvy and the Panthers is a family the players want to join.

Money doesn’t solve all issues, the history of the game documents those with deep pockets who failed to make a dent in the Rugby League universe. However, it helps take us from being a club with a good chance of Top 4 and promotion, to having a GREAT chance of challenging for the cup and securing a place in the top few.

This is where we need your help

Unlike any other season, players of a certain calibre and gravitas will be available like never before in the Championship. Players with real pedigree, hunger and a desire to show what they can do.

The Panthers desire is to build a war-chest that allows us to attract the very best, players who will strengthen every department even further. Not only does this lift the whole squad’s performance but provides crucial cover for injuries, which are almost inevitable across the game after such a long lay-off.

Calderdale residents, and in particular Panthers fans, are known across the country as some of the most community-minded and generous in the UK.

Fans have been asking how they can donate to the club, how they can help move beyond the rebrand and on to the next level. In reality this investment in the club is best spent on the playing budget to allow us to continue to grow and move towards our goal of returning to Super League.

In the past, the club has benefited from Squadbuilder which was disbanded last year, so it is time to launch a new, transparent, players fund for the fans who wish to play an even bigger part of our success.

100% of the PF² funds go directly to a ring-fenced playing budget account. Zero goes to off-field activities meaning the biggest bang for your buck (Or Punch for your Pound!)

Here’s how you can get involved

Starting at £10 and going up to £99 per month, you can select the direct debit option below and help us prepare to pounce when players come available.

You can cancel at any time and are covered by the Banks Direct Debit guarantee.

Prefer to give when you can or in 1 lump sum? No problem, we’ve made it simple and easy to give.

Click the button below and select the amount you wish to invest in the clubs future and we’ll take care of the rest.

Please note that we are currently unable to take Apple or Google Pay.

Here’s how it has helped in the past 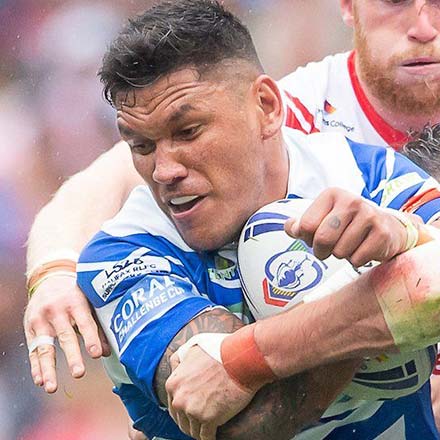 The cook islander became a huge favourite amongst the Fax faithful with his powerful displays on the field and his larger than life character off the field. Made 97 apps for Fax scoring 28 tries in two stints with the club firstly from 2015 to 2018 and a short spell with the club in the 2019 campaign before leaving to join Super League side Wakefield Trinity. 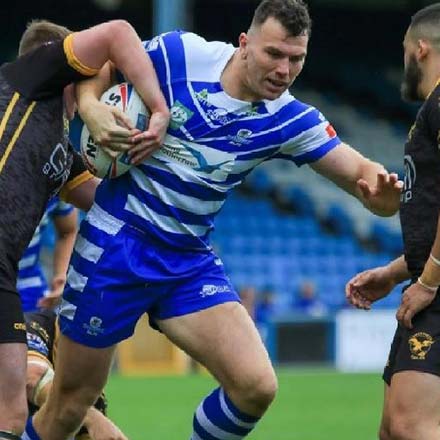 The Batley born prop-forward made 10 appearances for Halifax but quickly became a crowd favourite with his no-nonsense displays and showed leadership on and off the field in the 2019 campaign and at the start of the 2020 campaign before the season was brought to an end due to the pandemic. Made over 60 apps in Super League with Wakefield Trinity. 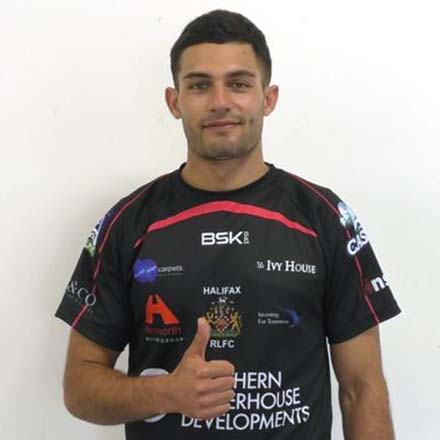 The Australian born full-back or wing who was renown for his electric pace and finishing qualities boasted an impressive strike rate of 48 tries in 62 games during his time in the U.K including 5 in 12 apps for Fax during a successful loan spell in 2018 where he helped the club achieve a top 4 finish and a place in the super 8’s. Represented Penrith Panthers in their 2014 New South Wales cup winning team.

Explosive full-back who boasts an unbelievable try scoring record of 230 tries in 290 apps including 15 for the Panthers where he had two spells. One in 2018 where he helped the club achieve a top 4 finish with some magical displays and again in 2019 as the club went on a memorable run to reach the semi-final of the Challenge Cup eventually falling just short against St. Helens.

It’s not all one-way!

Photograph with the players

More to be released in the future