Halifax, WEST YORKSHIRE — After an impressive career with over 400 career appearances with seven different clubs and Ireland, Scott Grix announced he will retire at the end of the 2021 season. Last night, Grix took to social media to make his announcement. 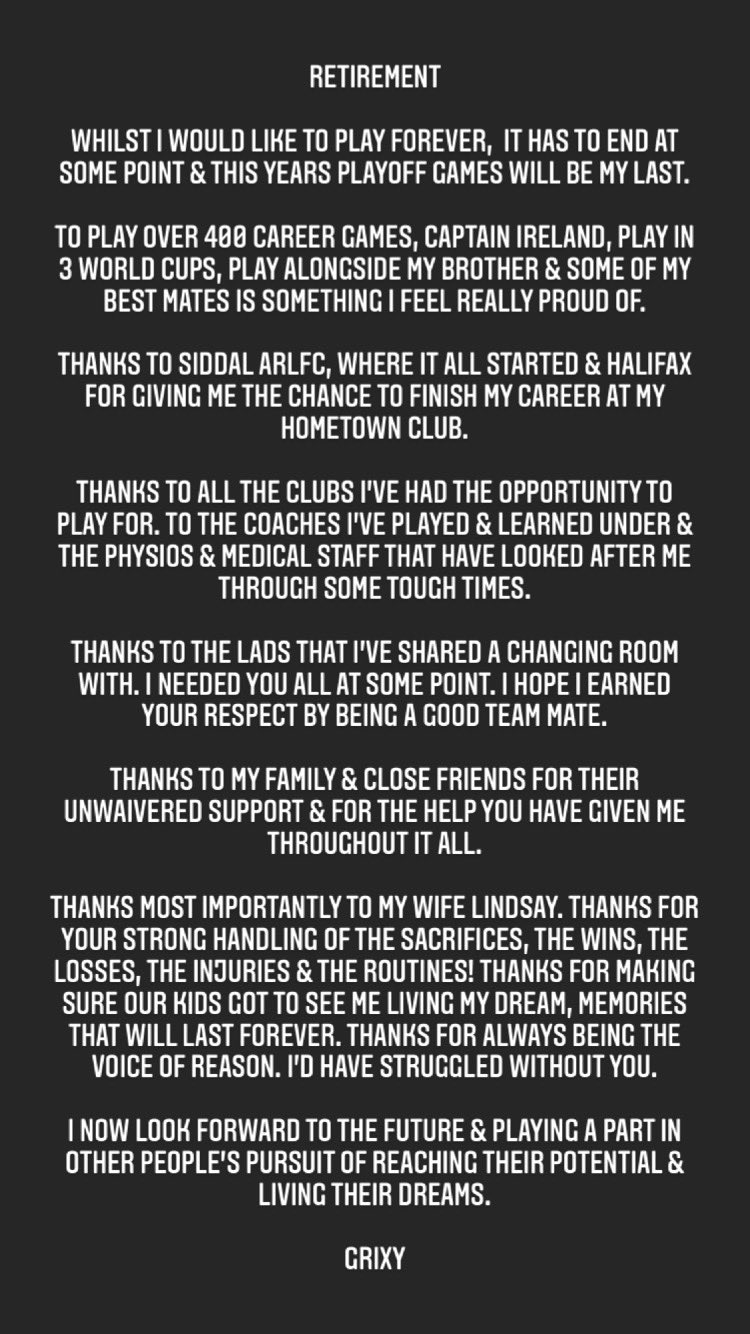 At age 37, many will agree that Grix has had a great run. When speaking about his upcoming retirement, Grix still remained focused on the current playoffs and the job at hand. One could imagine that with over 400 appearances, Grix could take his foot off the gas now. But that is not the attitude that this veteran has, and is probably one of the reasons he commands such respect in the Rugby League community.

Thanks to everyone that’s been a part of my journey, I’ve loved every min & will take away so many memories. Thanks to the panthers for the opportunity to finish my career at my hometown club after starting my career here some time ago! I’m looking forward to being at the club in a coaching role & helping the team continue to progress. For now I will put all my effort into finshing the season as strong as possible.

Grix has had just as much impact off the field with Gr1x Testimonial. Grix has served as a fine role model for the youth of Halifax and has certainly impacted many lives through his work.

When asked about his brother’s upcoming retirement, Panthers Head Coach, Simon Grix had this to say,

Scott hasn’t been here too long but I feel has added a lot of value to our group in terms of his high standards of preparation and team first mentality. He has invested himself in each club but I think if he would tell you representing his home town has been a privilege to him as it was for myself.

He has done a brilliant job this year, a lifetime full back really, playing a very important role in the halves for us providing the direction and leadership we needed. He has been a great addition to our coaching team also, I am humble enough to admit I will never know it all and between Scott and Rikki, two backs in their day, they have helped fill in some blanks for me on the finer details.

400+ games is outrageous in a sport as tough as Rugby League, a great achievement and having seen his journey up close I know there wouldn’t be anyone who worked harder for it. At 37 he has earned a rest!! 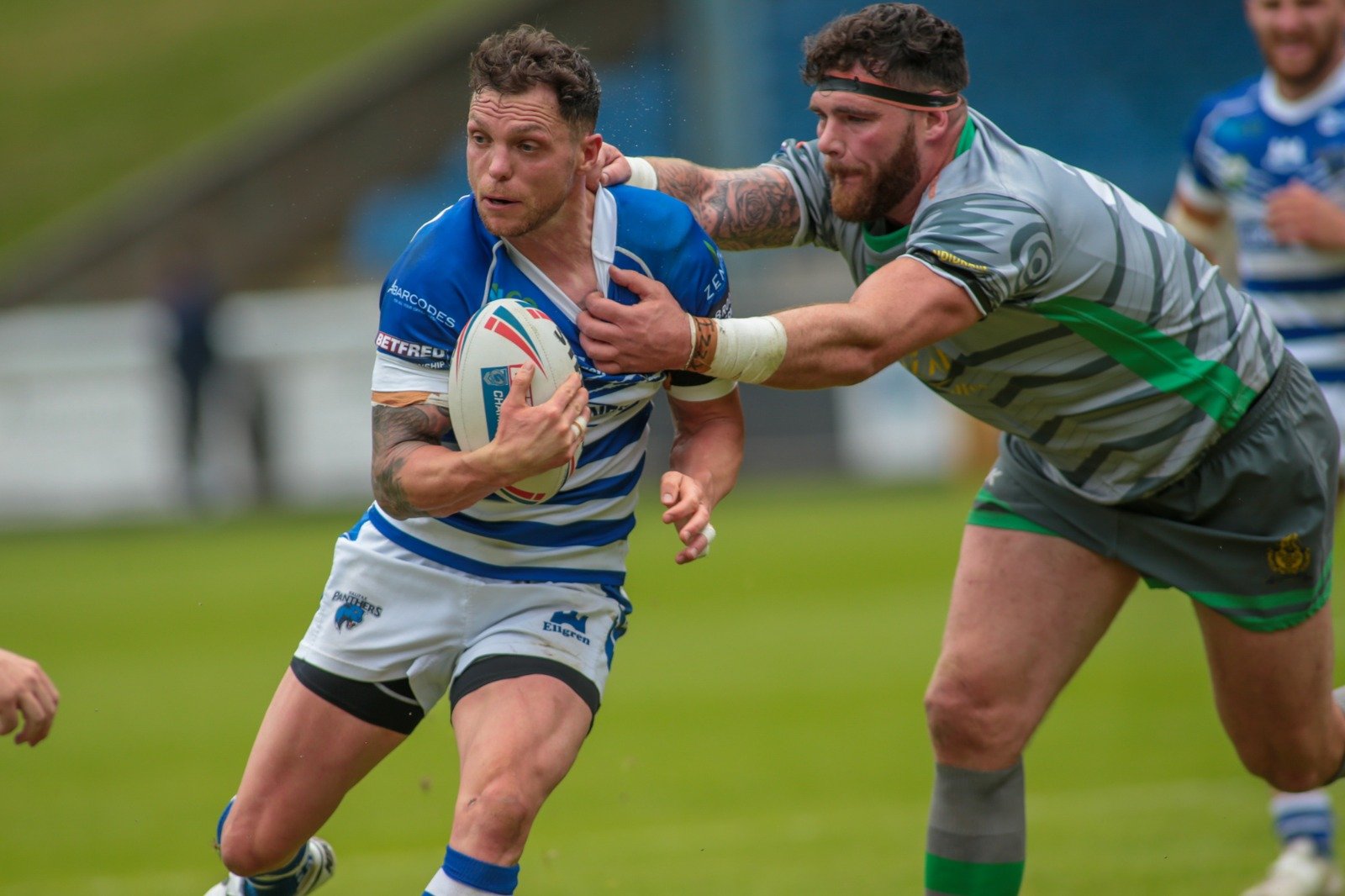 The Halifax Panthers wish to thank Scott Grix for everything he has done. We sincerely wish him well in his next chapter and cannot wait to see all the great things he will accomplish.